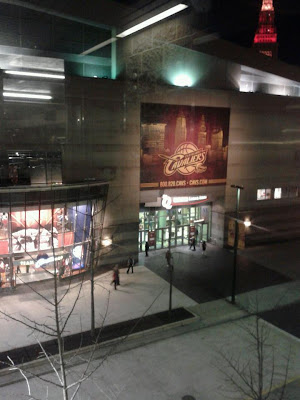 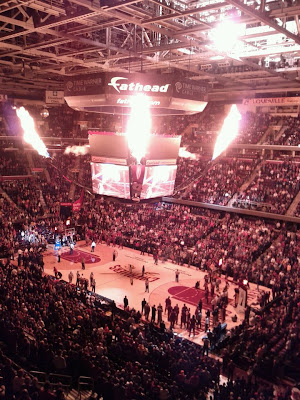 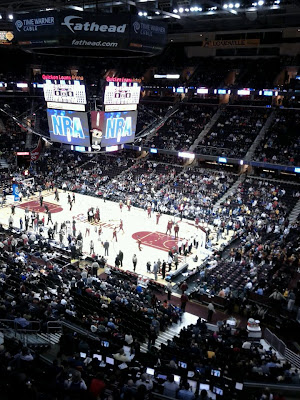 Thanks to my girlfriend for supplying the pictures.    Thanks to Brian for forwarding me the "friends and family" discount e-mail his brother sent him.  Next time we'll have to bribe his brother to get us on the jumbo-tron (my girlfriend wants to be on the "Kiss-Cam")!
Posted by dfwbuck2 at 9:19 PM 9 comments:

Merry Christmas to all the bloggers out there and your families! Hope to post more in the upcoming year!
Posted by dfwbuck2 at 10:49 PM No comments:

So I bought another 15 packs and now am down to 47 needed to complete the topps baseball sticker album.

Here are the stickers I need for the 2011 Topps Baseball Sticker album.  I've bought 38 packs and am about 2/3 of the way finished.  This is the point where I hate buying more packs and accumulating more doubles and triples (and quadruples Freddie Freeman!) So shoot me an email with your needs and if you can help me that would be pretty awesome.  If any of you were working on the World Cup album let me know as I have a ton of doubles for that book too, and I'll try to get a needs list up myself.  I'll update the list often (more often than I update the blog now, I promise.)

Yes, it's that time again! I will make my long awaited predictions for the 2011 MLB Season (this year with comments)! Don't blame me if I jinx your team this year! AL East 1.Yankees -- I think the rotation is fine. Garcia/Colon on the backend just feels right. 2. Orioles -- Two words: Buck Showalter. The Tribe would have a trophy if they would have replaced Wedge with him while he was an advisor. Two more: Wild Card 3. Red Sox -- They don't think Gonzalez will stay healthy, I don't think so either. 4. Rays -- The Maddon magic may wear off a bit this year. 5. Blue Jays -- Wrong place at wrong time. (Should have tried to take that NL spot the Brewers grabbed) AL Central 1. Tigers -- VMart was a great pick up, will help Miggy through his problems. 2. Twins -- Questions about Morneau health, can Mauer stay healthy behind the plate? 3. White Sox -- Although it would be fun to watch Ozzie manage a 100-loss team, wouldn't it? 4. Indians -- Just didn't do enough to contend, will be fun to watch these young guys. 5. Royals -- Love Royal Blue, not much else after that. AL West 1. Angels -- They don't stay down too long. There will be rally monkeys this fall. 2. Rangers -- Big rotation questions for me. Will miss Vlad. 3. Athletics -- Not enough offense to compete. 4. Mariners -- Could they shop Ichiro in July? NL East 1. Phillies -- Unbelievable Rotation, MVP infield. 2. Braves -- Will make playoffs. Think they could win 100. 3. Marlins -- Will regret losing Fredi to a division rival. 4. Nationals -- Young arms get healthy (Detwiler, not Strasburg) Riggleman one of the best skippers. 5. Mets -- How many great headlines will NewsDay get to print this year? NL Central 1. Brewers -- I've gone back and forth on this one all spring. I think they'll make the right deal in July. (Hate the Nyjer deal now though) 2. Reds -- They have to start hot. 3. Cardinals -- Distractions? Pujols is the only reason to follow the Cards this year. 4. Pirates -- Why not? 17, 18, 19 straight losing seasons? 82-80, you heard it here first. 5. Astros -- Hunter Pence will have a big year, but can't really carry the team that much. 6. Cubs -- Colossal collapse, Will be looking at 2013, not Next Year. NL West 1. Rockies -- Would like to see them in first by August this year, heck, even September. 2. Giants -- Buster-mania. 3. Dodgers -- No Manny? No problem. If only the divorce case would resolve itself. 4. Padres -- Didn't think they'd compete last year, no reason to think they'd do it this year, either. 5. D-Backs -- Still too many holes. Al Playoffs -- Tigers over Orioles Yankees over Angels Tigers over Yankees NL Playoffs -- Phillies over Rockies Braves over Brewers Braves over Phillies World Series Tigers over Braves Well, there you have it, I'm picking the Detroit Tigers to win it all this year.
Posted by dfwbuck2 at 7:11 PM No comments: